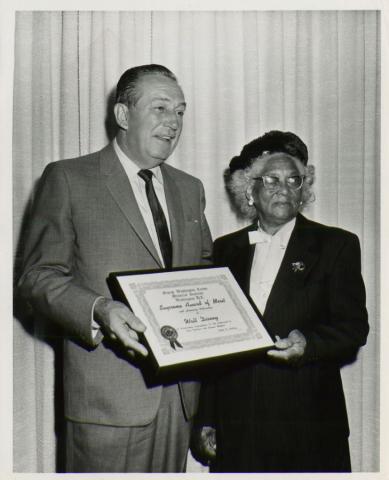 A publicity photograph from the Walt Disney Studios commemorating Walt receiving an award. The image captures the moment that Walt was honored at the George Washington Carver Memorial Institute Aware in 1962. The rare image captures Walt receiving the "Supreme Award of Merit and Honorary Fellowship for Outstanding Contribution in the Betterment of Race Relations and Human Welfare," as is stated on the document in his hands. Measuring 10"x8" overall and with the image measuring 9.5"x7.5", the photograph is in very good condition with light edge and handling wear.