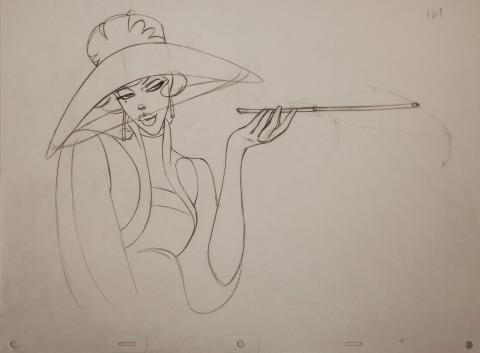 This is an original production drawing from the Walt Disney Studios production Atlantis: The Lost Empire (2001). This production drawing features Helga and was created at the studio and used during the production of the film. The overall measurements of the piece are 12.5" x 17" and the image itself measures 10.5" x 13". This image is from an early design of Helga that was done for a scene that ended up being cut from the film.