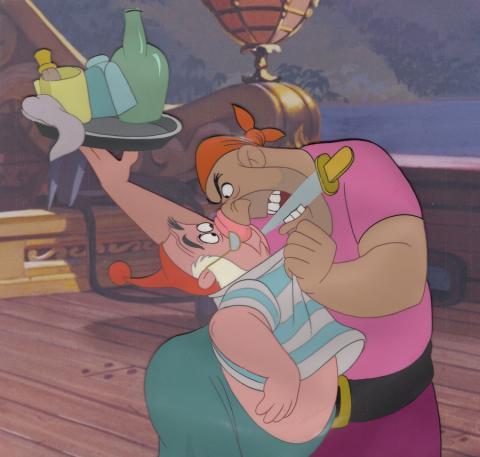 An original production cel from the Walt Disney Studios animated film Peter Pan (1953). Featuring Smee being berated by one of the pirates as he brings a tray of drinks to the captain, the hand-painted cel was created at the studio and used during the animation process. The piece represents an actual frame of animation that was photographed and appears in the cartoon. Measuring 8.75"x8" overall, and with an image measuring 7.5"x7", the slightly trimmed cel is in very good condition and is paired with a color printed reproduction background.