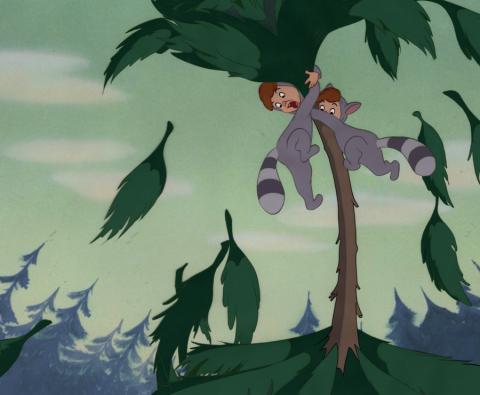 An original production cel from the Walt Disney Studios animated film Peter Pan (1953). Featuring the twins from the Lost Boys climbing a tree to escape the natives, the production cel was created at the studio and used during the animation process. The piece is an actual frame of animation that was photographed and appears in the movie. Measuring 16"x12.5" overall, and with the image area measuring 9.5"x11", the production cel is in fine condition and is paired with a color copy background. The final image shown is a screen grab from the scene in the film this cel was used to create, and is shown for reference only.