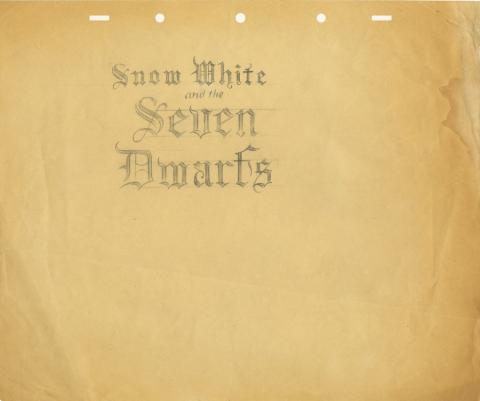 An original development drawing from the Walt Disney Studios animated film Snow White and the Seven Dwarfs (1937). Featuring a developmental design of a text logo for the film's title, the drawing was created at the studio. The title design is likely an early developmental concept or the development for the merchandise or marketing at the time of the film's release. Measuring 10"x12" overall and with an image measuring 3.25"x3.75", the drawing is in good condition with edge wear, including wrinkling and moisture wear on the right edge.