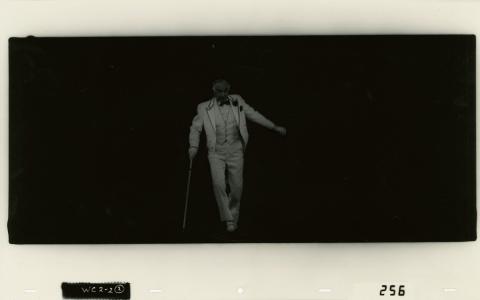 An original production effect cel from the production of a "making of" news segment on the classic Disney Studios film TRON (1982). Featuring Walter Cronkite, the kodalith cel was created at the studio and used during the production of the news segment that put the famed reporter into an environment similar to the film. Measuring 12.5"x20" overall, and with the image itself measures 8.5"x19.5", the cel is in very good condition with minimal scratching and small pinches to the surface of the cel.