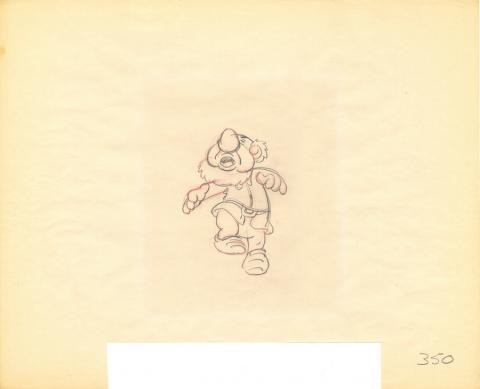 This is an original production drawing from the Walt Disney Studios production Snow White and the Seven Dwarfs (1937). This original drawing features a comical image of Sneezy, apparently in mid-sneeze. It was created at the studio and used during production. The overall measurements of the piece are 12.5" x 15.5" and the image itself measures 4.5" x 3.5". The drawing is in good condition with some discoloration from age and a section of the lower edge of the page trimmed from the sheet due to a previous framing setup.