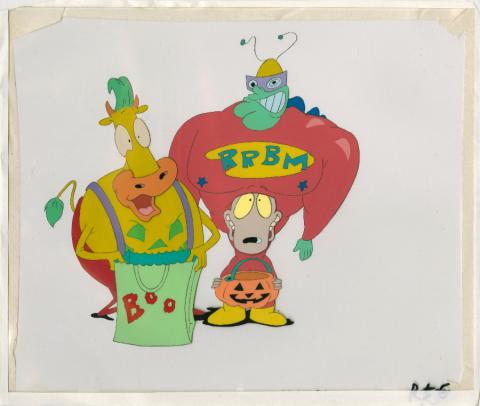 This is an original production cel from the Nickelodeon Studios animated television series Rocko's Modern Life (1993–1996). This production cel is from the episode "Sugar-Frosted Frights" and features Rocko and Heffer in their Halloween costumes. It was created at the studio and used during production, representing an actual frame of animation that was photographed and appears in the cartoon. The overall measurements of the piece are 10.5" x 12.5" and the image itself measures 8.5" x 8.5". The production cel is in very good condition with minimal line wear and the two cels have been taped together.