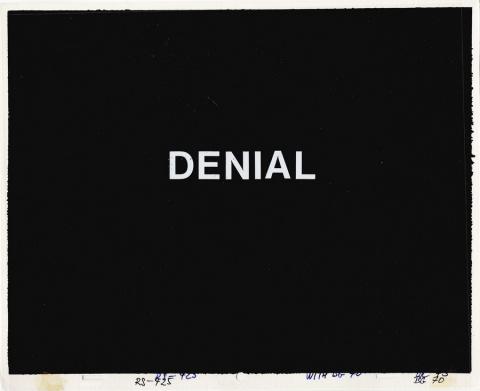 An original production cel and background setup from the Nickelodeon Studios animated series The Ren and Stimpy Show (1991-1996). The set consists of 5 cels that each contain a different stage of grief in white text and a single black background, the setup was created at the studio and used during the animation process. The setup is an actual series of animation frames that were photographed and appears in an episode in the series. The background measures 10.5"x13" with the cel measuring 10.5"x12.5". The image area ranges from .75"x4" to .75"x7". The production cel and background are in good condition with some paint loss in the letters.