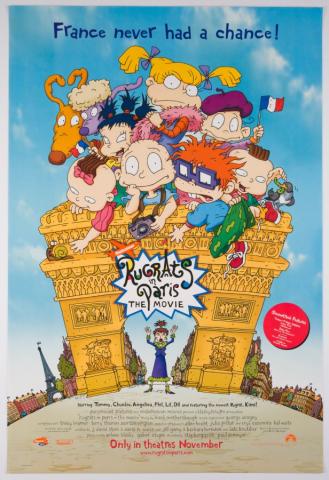 A one sheet marketing poster from the Nickelodeon Studios animated film Rugrats in Paris (2000). Featuring the main cast at the Arc de Triomphe in Paris, France, the poster was created at the studio and used during promotion of the film during its theatrical release. Measuring 40"x27" overall, the poster is in very good condition. Ships rolled.