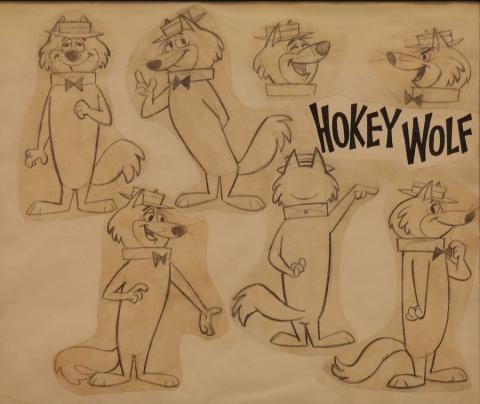 This is an original hand-drawn model sheet from the Hanna Barbera Studios production, Hokey Wolf (1960-1961). This model drawing features Hokey Wolf and was created at the studio and used during the development and production of the film. The overall measurements of the piece are 22.5" x 25.25" framed and the image area itself measures 13" x 16". Model sheets are created as reference standards during the production of a film or series, and the photostat or xerox copies of the model sheet are fairly common, but original model sheets like this are extremely rare.