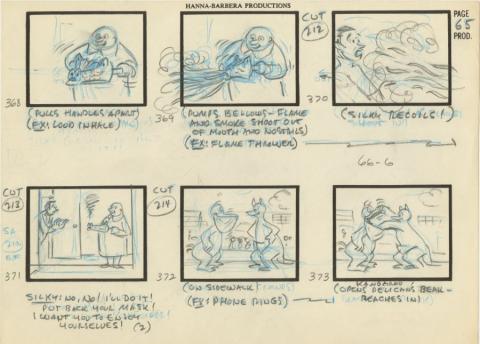 An original storyboard from the Hanna Barbera Studios animated series The Addams Family (1973). Featuring Gomez and Uncle Fester, the storyboard was created at the studio to be used during the production of the fifth episode of season one, The Mardi Gras Story. Measuring 8.5"x11" overall, with six 2"x2.75" panels, the drawing is in very good condition.