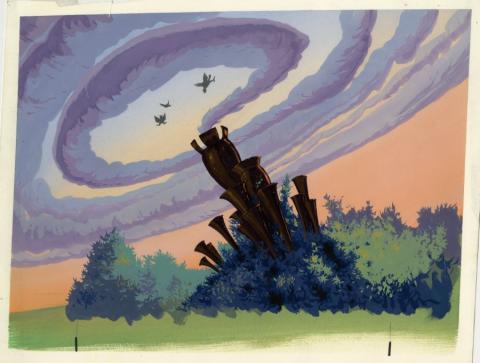 An original illustration painting from a book inspired by the Don Bluth Productions animated film Rock-A-Doodle (1992). Featuring a detailed portrayal of smoke protruding from the Grand Duke's organ, the hand-painted imagery was created at the studio and used during the production of a children's book. Measuring 10.75"x13.5" overall, the painting is in very good condition.