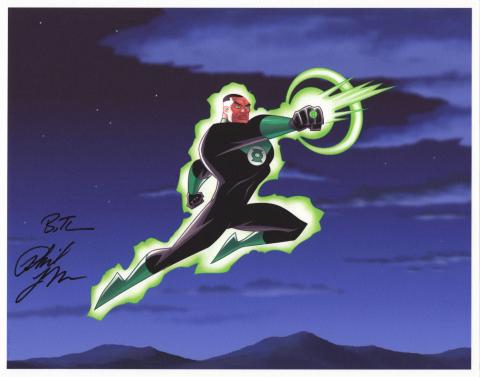 A limited edition print based on the Warner Bros. Studios animated series Justice League (2001-2004). Featuring Green Lantern, the giclee on paper print was created in 2003 by the Warner Bros. art program in an edition of only 50 pieces, exclusively for Van Eaton Galleries. The print is titled "Ring of Truth, Ring of Power" and has been hand-signed by artist and series' creator Bruce Timm, and Phil LaMarr, the character's voice actor. Measuring 11"x14" overall with the image area measuring 10.5"x13.5", the print is in fine condition with minimal edge and corner wear.