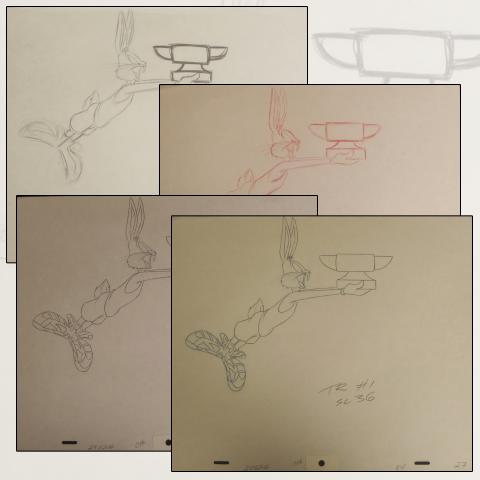 A set of (4) original production drawings from the 1992 Warner Bros. Studios animated Hare Jordan commercial. Featuring Bugs Bunny handing an anvil to a bully basketball player, the drawings were created at the studio and used during the animation process. The Hare Jordan commercials were wildly popular and are a large factor in the creation of the film Space Jam. Measuring 10.5"x12.5" each, and with the images measuring approximately 7"x8.5", the drawings are in very good condition. The last image shown is a screen grab from the commercial showing the portion these drawings were used to create. It is shown for reference only and is not a physical print included with the drawings.