Pinky and the Brain Production Cel and Background - ID: aprpinkyRCS7290 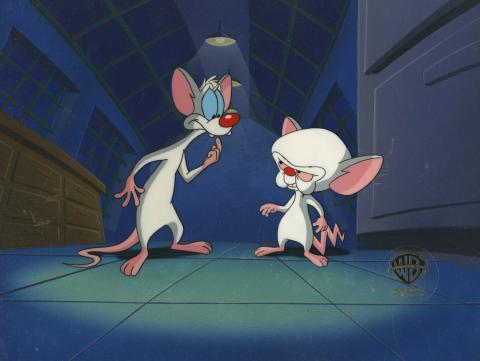