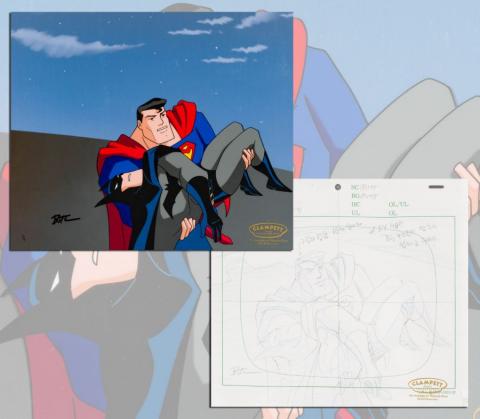 An original layout drawing and recreated cel from the Warner Bros. Studios animated series Justice League (2001-2004). Featuring Superman carrying Batman, the drawing was created at the studio and used during the animation process, and has been faithfully recreated as a hand-painted cel. Both pieces are signed by influential animator and character designer Bruce Timm. Measuring 18"x19.5" framed, with the mat opening measuring 10"x11.5", and with the character image measuring 6.25"x8", the layout drawing and recreated cel is in very good condition.