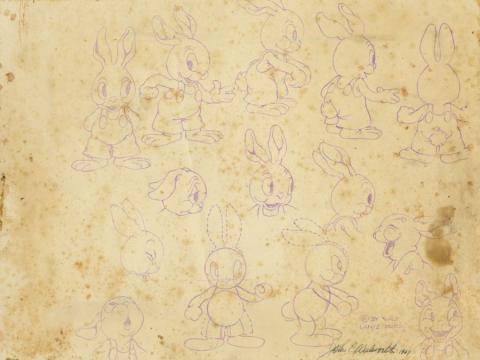 A photostat model sheet from a Walter Lantz Studios animated short film with Oswald the Lucky Rabbit. Featuring multiple poses of Oswald in his later character design, the model sheet was created at the studio and used by animators as a reference during production. Measuring 9.75"x13" overall and with the character image measuring 9.5"x11", the model sheet is in fair condition with brown spots (foxing) to the paper, a diagonal crease down the page, as well as edge wear and very light wrinkling throughout.