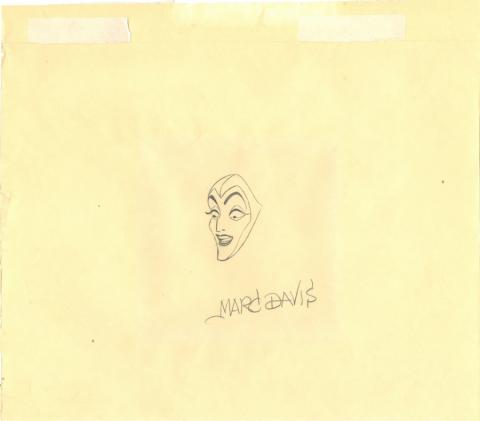 This is an original production drawing from the Walt Disney Studios production Sleeping Beauty (1959). This original drawing features Maleficent's face. This drawing has been signed by Disney Legend Marc Davis, one of the Nine Old Men of the Disney Studio. It was created at the studio and used during production. The overall measurements of the trimmed piece are 9.5" x 11" and the image itself measures 1.25" x 2". The drawing is in fair condition with a horizontal crease and some tape near the top edge from a previous framing setup. There is also a second strip of the drawing included which was trimmed from the original full sheet, but still has production writing related to the image.