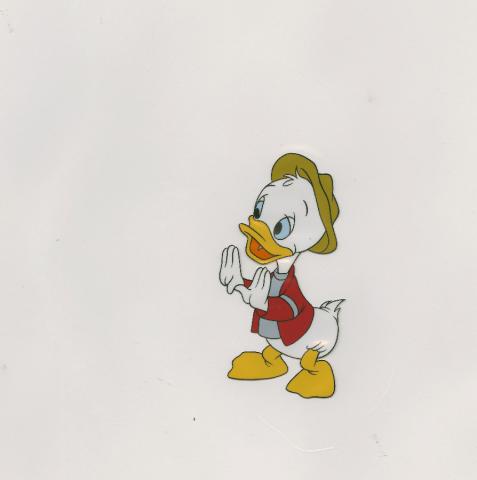 This is an original production cel from the Walt Disney Studios production of a 1950s Disney TV intersticial. This hand-painted cel features one of Donald's nephews in a very 1950s style outfit. This look for the nephews is similar to that in the short Lucky Number (1951). It was created at the studio and used during production, representing an actual frame of animation that was photographed and appears in a cartoon. The overall measurements of the piece are 12.5" x 16" and the image itself measures 4.75" x 2.25". The production cel is in very good condition.