So Dear to My Heart Promotional Photograph - ID: mardisney22369 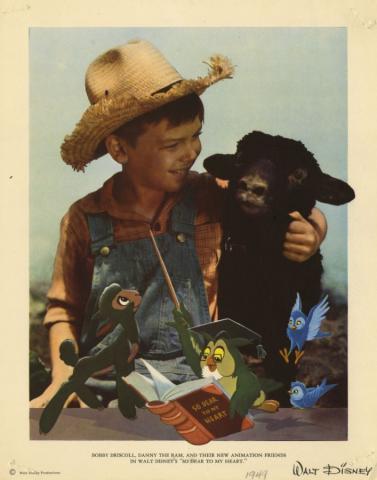 A promotional photograph from the Walt Disney Studios film So Dear to My Heart (1948). Featuring some of the film's main characters in both live-action and animated forms, the photo was produced by the studio in 1948 to promote the release of the film. Measuring 9.25"x7.25" overall with the image measuring 8"x6", the photo is in good condition with staple holes in corners and "1946" written near the lower edge.