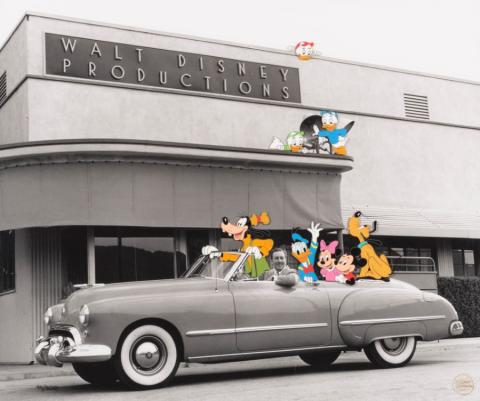 A limited edition hand-painted cel inspired by a photograph which was originally used as a publicity photo for Walt Disney Studios. The original photo, taken in 1948, features Walt Disney in his convertible just outside the studio in Burbank, California. Cels with the Fab Five along with Huey, Dewey, and Louie, were hand-painted and created specially for this edition of 500 pieces that was released in 1992. Measuring 21”x23.5” framed, with the mat opening measuring 12.5"x15.5", and the painted image area measuring 7.5”x6”, the limited edition is in very good condition with minor wear to the frame from storage.