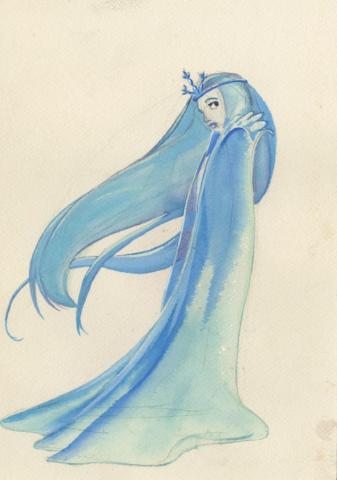 A rare original concept painting created in the late 1990s or early 2000s from "The Snow Queen", the unfinished animated film from Walt Disney Studios that eventually became Frozen. Featuring Elsa, the concept art was created at the studio during the development stages of the film. Measuring 10.25"x7" overall and with the character image measuring 8"x5.5", the concept art is in fine condition with edge wear including a small tear on the top edge. The concept is a gorgeous example of the artistry that goes into developing films that don't make it to the final stages of animation.