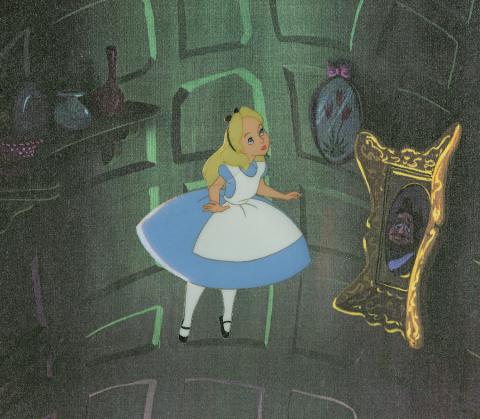 This is an original production cel from the Walt Disney Studios production Alice in Wonderland (1951). This hand-painted cel features a full figure image of Alice that has been set up to appear as though she's tumbling down the rabbit hole. It was created at the studio and used during production, representing an actual frame of animation that was photographed and appears in the cartoon. The cel is paired with a color copy background. Alice is trimmed to image and measures 5" x 3.5" . The production cel is in fair condition with a split crease in the cel that runs from her shoulder to her neck.