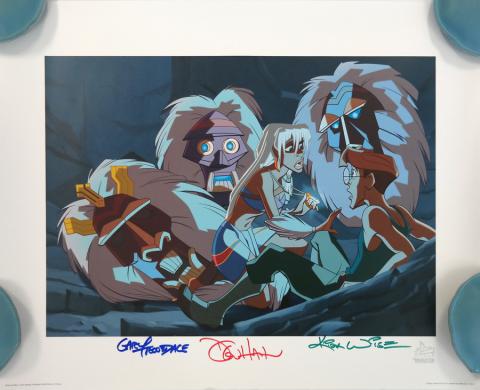 This is a limited edition print published by Walt Disney Art Classics in 2001 to commemorate the release of the theatrical feature film, Atlantis, The Lost Empire (2001). The print is titled "Kida and Milo: A First Meeting" and is hand signed by the film's producer Don Hahn and the directors Gary Trousdale and Kirk Wise. This print features Kida and Milo when they first meet, the first moment that mankind makes contact with the undersea civilization. This lithograph on paper print was produced in a run of only 500 unnnumbered pieces and were sold through the Disneyland Resort.