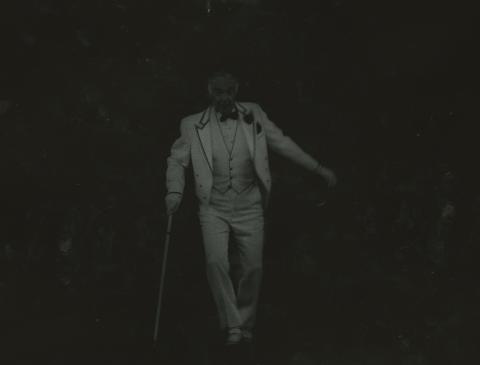 This is an original production effect cel from the production of a making of news segment on the classic Disney Studios film TRON (1982). This production cel features Walter Cronkite and was created at the studio and used during the production of a special new segment that put the famed reporter into an environment similar to the film. The overall measurements of the piece are 12.5" x 20" and the image itself measures 8.5" x 19.5".