The Sword in the Stone Storyboard Panel - ID: maydis147 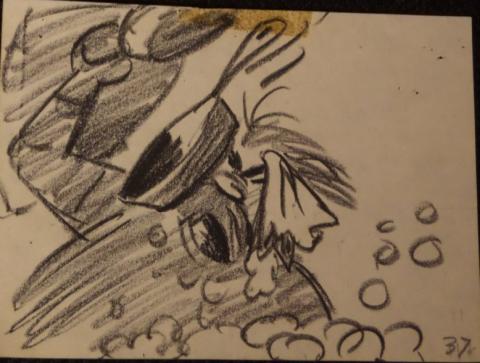 An original storyboard drawing from the Walt Disney Studios animated film The Sword in the Stone (1963). Featuring Sir Ector getting hit in the face with a fry pan during the Attack of the Dishes sequence, the storyboard drawing was created at the studio by Disney Legend Bill Peet and used during the story development process. Measuring 4.5"x6" overall, and with the image taking up the majority of the paper, the drawing is in very good condition with pin holes and adhesive residue on the top edge, likely from studio use.