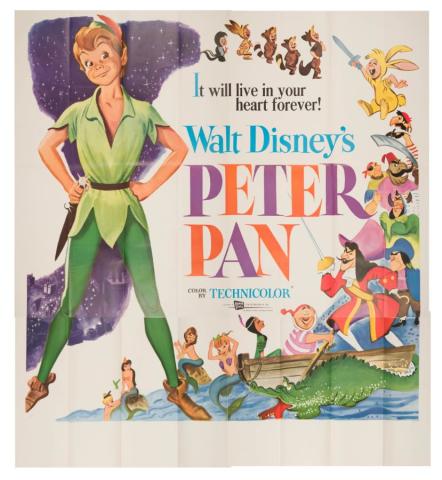 A vintage Peter Pan re-release six sheet poster from 1969. Featuring a beautiful and vibrant illustration with the main cast of characters from the Disney Studios feature film Peter Pan, the poster was created for promotion during the film's theatrical re-release. A six sheet poster is named for its large size comprising of six sheets. Measuring 84"x84" when combined, the poster is in very good condition with the standard production folds.