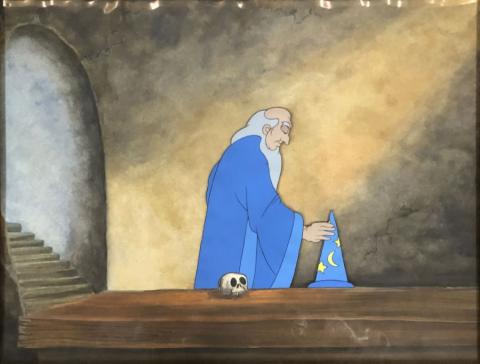 An extremely rare production cel from the Walt Disney Studios animated feature FAntasia (1940). Featuring the sorcer Yen Sid with his hat in hand, the hand-painted cel was created at the studio and used during the animation process. The piece is an actual frame of animation that was photographed and appears in the Sorcerer's Apprentice segment of the film. Measuring 18"x20.5" framed with a character image that measures about 5"x4", the cel is in very good condition with some rippling due to age, and it is unexamined out of its frame.