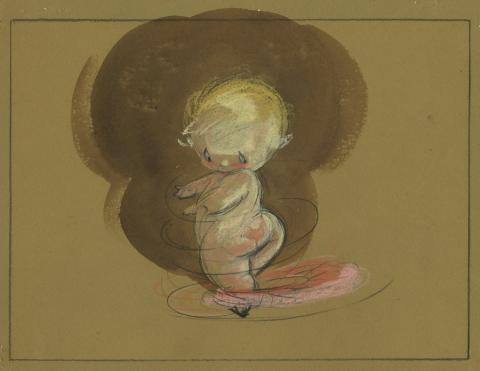 This is an original early concept drawing that was created for the unproduced Disney film, Baby Ballet. Baby Ballet was intended to be a segment for a planned sequel to Fantasia which was not fully produced. The drawing was created at the studio during the devleopment of the short and is attributed to Disney Legend, Mary Blair. The concept is accopmlished in gouache on brown 12 field, 10" x 12", 5-peghole paper and the image itself measures about 7" x 6.5". The piece is in good condition with minimal edge wear from typical handling during production and it is a stunning example of the early work of the Disney studio.