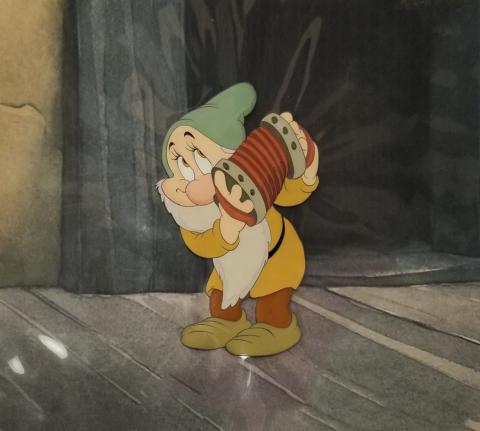 An original production cel from the Walt Disney Studios animated feature Snow White and the Seven Dwarfs (1937). Featuring Bashful shyly playing the accordion for Snow White, the hand-painted cel was created at the studio and used during production. The cel is an actual frame of animation that was photographed and appears in the movie. Measuring 9.25"x9.75"overall, and with the character image measuring 5.5"x3.5", the slightly trimmed cel is in good condition with minor rippling throughout due to the age and it has been paired with a color copy reproduction background.