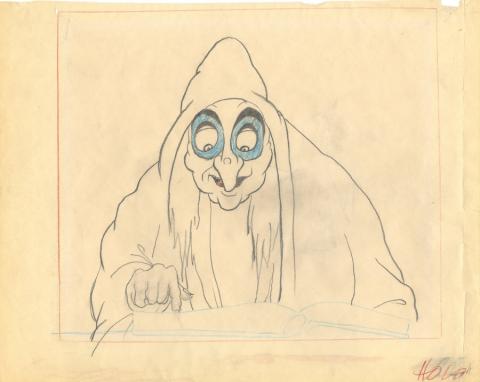 This is an original production drawing from the Walt Disney Studios production Snow White and the Seven Dwarfs (1937). This original drawing features the Evil Queen in the form of the Old Hag, looking into her spell book. It was created at the studio and used during production. The overall measurements of the piece are 9.75" x 12.5" and the image itself measures 8" x 8.5". The drawing is in very good condition with the top edge of the sheet trimmed away, and also includes a new peg hole strip that had been glued to the bottom edge at the studio in order to reanimate the scene.