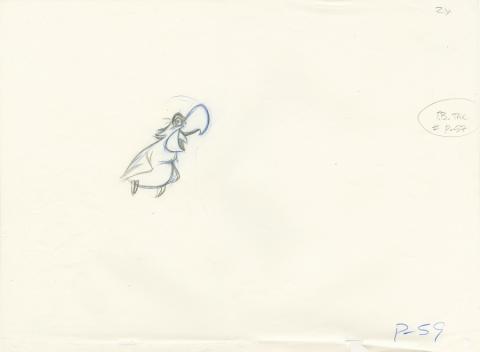 An original production drawing from the Walt Disney Studios animated film Aladdin (1992). Featuring Jafar's parrot Iago, the drawing was created at the studio and used during the animation process. Measuring 12.5"x17" overall and with an image area measuring 3.5"x3", the production drawing is in very good condition with edge wear including a fold along the bottom edge and a torn peg hole.