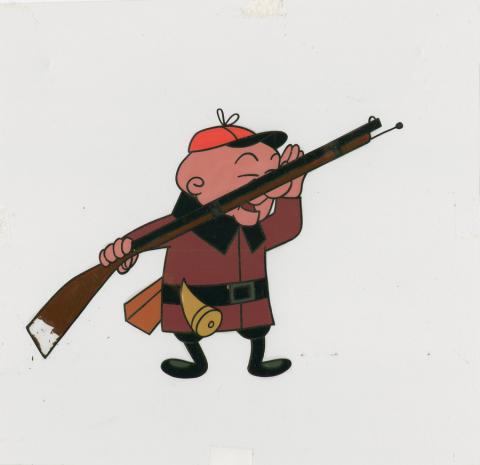 This is an original production cel from the UPA Studios production of a 1950s Mr. Magoo cartoon. This hand-painted cel features Mr. Magoo as a hunter with a large rifle in hand (a very concerning thought), and was created at the studio and used during production, representing an actual frame of animation that was photographed and appears in a short. The overall measurements of the trimmed piece are 7.5" x 7.75" and the image itself measures 4.5" x 6". The cel is in fair condition with some paint lifting and damage as seen in the images, mostly in the butt of the rifle.