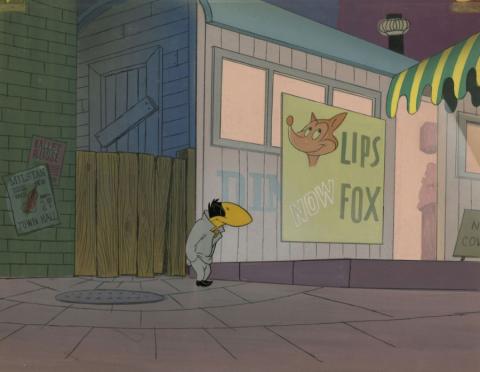 An original production cel and background setup from the UPA Studios animated short film The Magic Fluke (1949). The key setup features Crow, down and out after Fox left him behind. The piece was created at the studio and used in the animation process. The setup is an actual key setup that was photographed and appears in the cartoon. Measuring 10.5"x13" overall and with the character image measuring 2.5"x2", the setup is in very good condition with minimal rippling to the cel and light edge wear to the background from studio use.