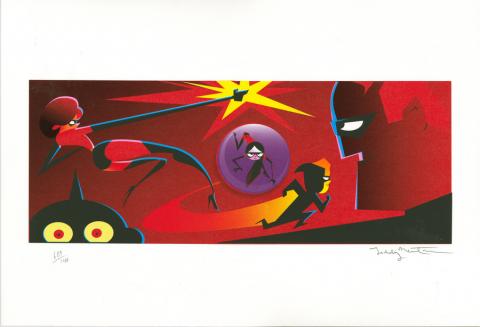 This is a print that was given to the crew of the Pixar film The Incredibles (2004) as a gift as things were wrapping up on the film. It was designed by one of the films main character designers, Teddy Newton, who later directed the Pixar short, Day and Night. The print is signed and numbered by the artist, and is #689/1100. The piece measures 13" x 19" with the image itself measuring 6.5" x 16.75". This piece is in excellent condition.