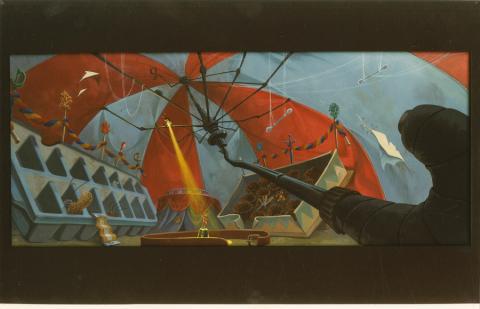 This is a studio used photographic print of digital concept art from the Pixar Studios production A Bug's Life (1998). This piece features the film's protagonist Flik. It was created at the studio and printed to be used during the development of the film and in pitch meetings. Pixar is known for creating extensive amounts of concept art before finalizing the design of the film, and this peice would have been from the crop of final concept art presented before moving forward with production. The overall measurements of the piece are 11" x 17" and the image itself measures 6.75" x 16". The is in excellent condition.