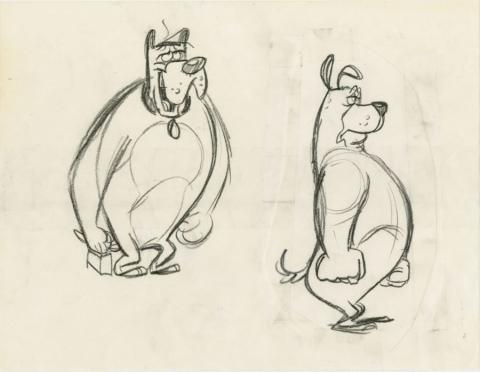 A character study drawing from the Nickelodeon Studios animated series The Ren and Stimpy Show (1991-1996). Featuring character design study of a large dog holding a briefcase, the drawing was created at the studio and used during the animation process for the episode Dog Tags. Measuring 10.5"x12.5" overall, with the character image measuring 7"x8", the production drawing is in very good condition with some smudging around where the second dog image was adhered to the paper.