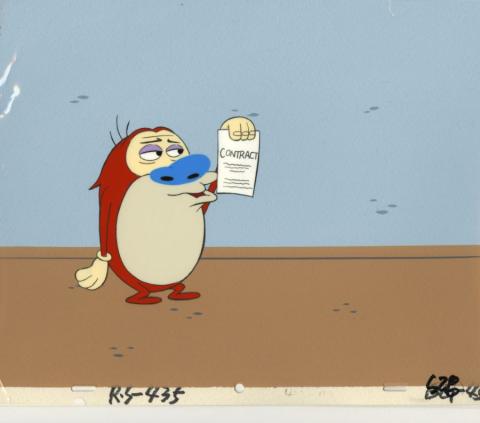 A production cel and background setup from the Nickelodeon Studios series The Ren and Stimpy Show (1991-1996). Featuring Stimpy holding up his union contract from the episode "Stupid Sidekick Union", the hand-painted cel was created at the studio and used during production. The cel is paired with a hand-painted production background that is from the episode "School Mates". Both pieces are actual frames of animation that were photographed and appear in the series. Measuring 11"x13.25" overall with Stimpy's image measuring 4.5"x4.5", the setup is in fine condition with minimal line wear.