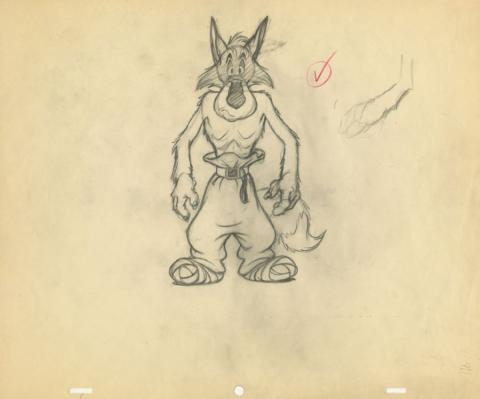 An original model drawing from the MGM Studios animated film The Hungry Wolf (1942). Featuring the malnourished title character, the graphite drawing was created at the studio and used during the animation process. Model drawings are developed to created a character's standards, and then reproduced onto model sheets that are distributed to animators for consistent character design. Measuring 10.5"x12.5" overall with the character image measuring 7"x4", the model drawing is in very good condition with minor edge wear including small tears along lower edge, discoloration throughout from age, and some light smudging.