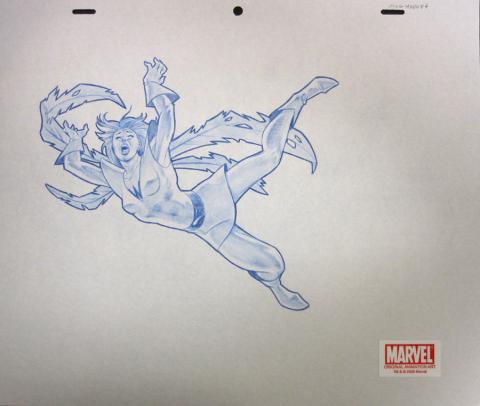 An original production drawing from the Marvel Studios animated film Next Avengers: Heroes of Tomorrow (2008). Featuring Wasp from the back story sequence in the film, the drawing was created at the studio and used during the animation process. The sequence used dramatic still shots of the classic Avengers being defeated by Ultron, and the drawings for this sequence were all done in this style and then digitally rendered. Measuring 10.5"x12" overall, and with an image measuring 6.5"x7.75", the production drawing is in very good condition.