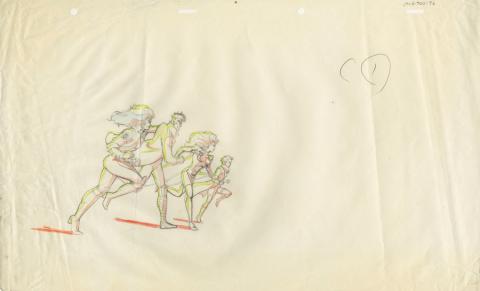 An original production drawing from the Marvel Studios animated television series X-Men (1992-1997). Featuring Rogue, Gambit, Storm, and Jubilee running during the opening sequence, the drawing was created at the studio and used during the animation process. Measuring 10.5"x17" overall, and with the image area measuring 5"x6", the production drawing is in good condition with page wrinkling on left side, possible from water damage, as well as some vertical creases throughout.