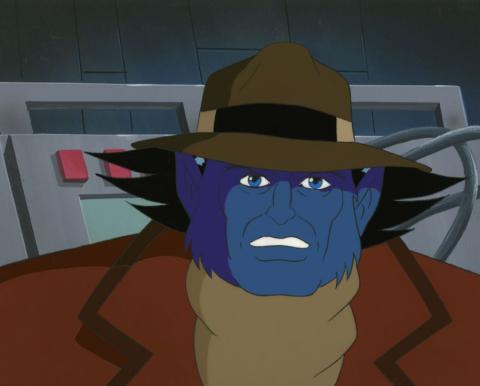 A production cel and background key setup from the Marvel Studios animated television series X-Men (1992-1997). Featuring a close up of Beast exclaiming "The Professor's determined mind is still fighting to keep him alive!", the hand-painted cel was created at the studio to be used in the final episode of the series, "Graduation Day." The cel is paired with the key matching production background from the scene. The piece is an actual frame of animation that was photographed and appears in the cartoon. Measuring 10.5"x13" overall, with the image area measuring 7.5"x10", the hand-painted cel and background are in very good condition with the cel stuck to the background.