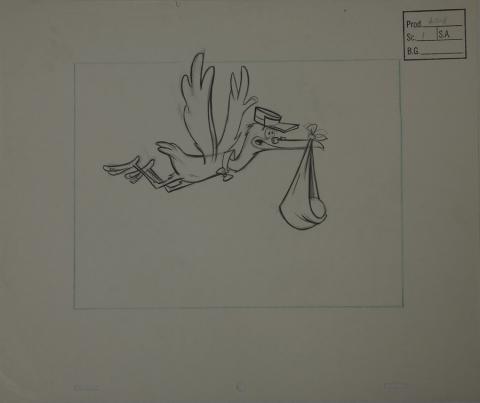 An original layout drawing from the Hanna Barbera Studios animated series Winsome Witch (1965-1966). Featuring a stork delivering a baby, the drawing was created at the studio and used during the animation process. Measuring 10.5"x12.5" overall, and with the character image measuring 4.75"x6", the layout drawing is in very good condition with minor edge wear. The second image is a screen grab from the episode shown as a reference of the scene this cel was used to create. It is not a physical print included with the cel.