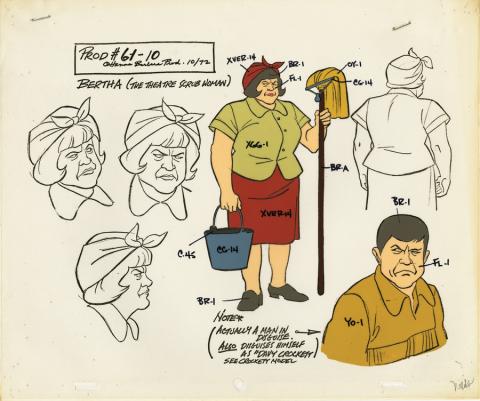 An original model cel from the Hanna Barbera Studios animated television series Scooby-Doo (1969-present). This cel is from the episode "The Phantom of the Country Music Hall," and features the villain in his disguise as a theatre scrub woman and Davy Crocket. It was created at the studio and used as a reference tool by the animators and ink & paint department during production. Measuring 10.5"x12.5" overall and with the character image measuring 8"x11", the model cel is in very good condition and is stapled to a protective sheet.