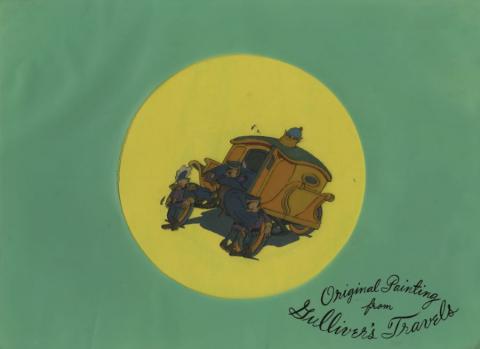 An original production cel from the Fleischer Studios animated film Gulliver's Travels (1939). The cel features Prince David's carriage nearly falling over after Gabby runs through it. The cel was created at the studio, but the background was most likely repainted when the piece was sold. The green vignette and hand-inked text would have been added at the same time as well. Measuring 9"x12", and with the image area measuring 3.5"x4", the cel is in fair condition with light line wear and the painted image separated from the cel layer and stuck to the backing.