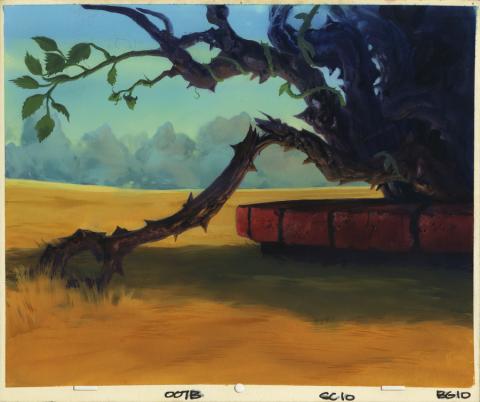 An original preliminary background from the Don Bluth Studios animated film Secret of Nimh (1982). The background was created at the studio and used during the film's creation. Don Bluth was notorious for his attention to detail and would often change the layout, look, or color pallette in a scene after seeing dailies. A similar but slightly different background appears in the final version of the film. Measuring 10.5"x12.5" overall and with the image area measuring 10"x12", the preliminary background is in fine condition with pin holes along the top edge and minimal edge wear from studio handling and use.