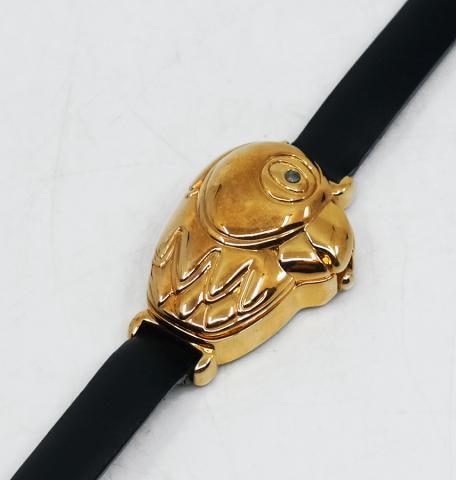 A limited edition watch from the 35th Anniversary of Disney's Mary Poppins. The watch was produced in an edition of 1964 pieces, honoring the initial release year of the film, and features a golden parrot head which opens to reveal Mary Poppins on the face of the watch. Measures 8.25" in length and is in good condition.