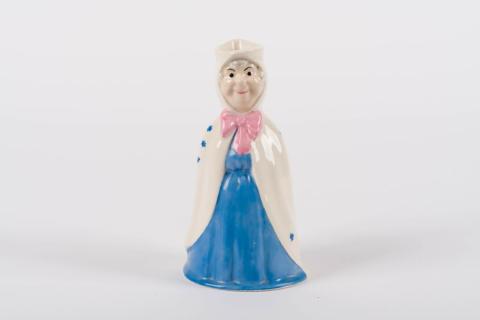 A ceramic pitcher inspired by the 1950 Disney Studios film Cinderella. Featuring a charming and colorful interpretation of Cinderella's fairy godmother, the pitcher was produced by Weetman Pottery in the 1950's. Measuring 3.5”x4” and 6.75” tall, the pitcher is in very good condition with some crazing and bubbling in the glaze.