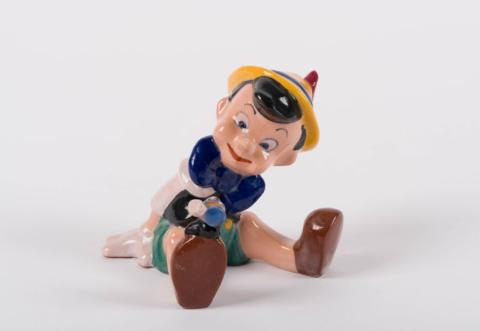 A ceramic figurine inspired by the 1940 Disney Studios film Pinocchio. Featuring Pinocchio sitting down with Jiminy Cricket on his foot, the figurine was produced by Brayton Laguna Pottery at the time of the film's theatrical release. Measuring 3.5”x4” and 3.75” tall, the figure is in very good condition with minor imperfections in the glaze, including crazing.